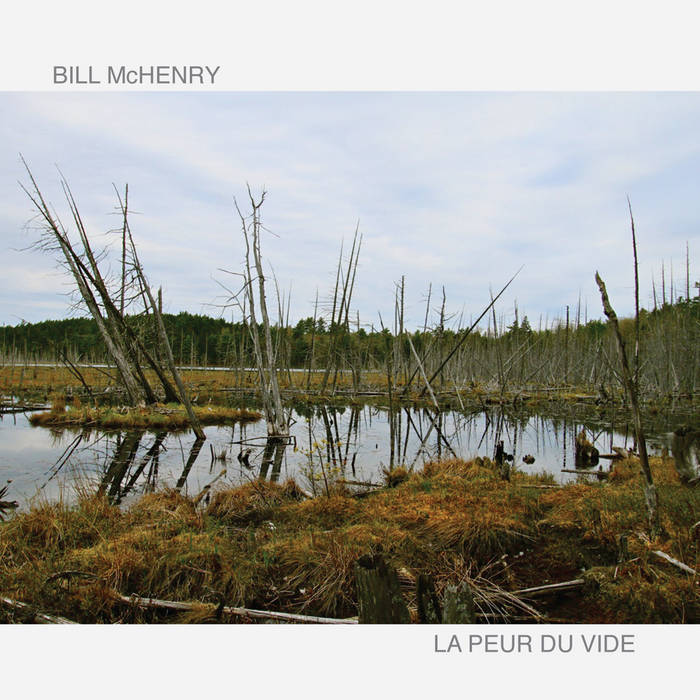 The year 2012 marks a milestone for saxophonist Bill McHenry: He will have lived and worked as a musician in New York City for twenty years. Those years have been spent developing and collaborating, thus shaping McHenry into a unique voice. McHenry’s new recording La Peur du Vide is a summation of where he currently stands musically.

To accomplish the task, McHenry enlisted an ensemble made up of three tremendous talents: pianist Orrin Evans, bassist Eric Revis and legendary drummer Andrew Cyrille. To best capture the energy of the ensemble, the decision was made to record the group live at the Village Vanguard.

McHenry first played with Evans and Revis two years ago as a guest in Revis’s Quartet. The saxophonist’s association with Cyrille began when they played together in a trio in 2006 with bassist Henry Grimes. This Quartet coalesced for an engagement at New York’s legendary Village Vanguard from November 8 to 13, 2011. The response to the group was very positive and it was obvious that they should record a proper album. The opportunity emerged as they were booked for the Vanguard again in March 2012, where they recorded on the 22nd and 24th.

The compositions featured on the album were written by McHenry specifically for this occasion. “Siglo XX” is an ode to 20th century masters Woody Shaw and Paul Robeson. "Today" is a ballad played in two octaves inspired by Stevie Wonder. "Recognition” was written for McHenry’s friend and supporter, saxophonist JD Allen. “Insight” is based on the chords and structure of a song by trumpeter John McNeil, and features Orrin Evans and the band's swinging feeling.

The title track “La Peur du Vide” means the fear of the void, or emptiness. In music however, emptiness is essential. The element in music creation is how the musician fills or does not fill the void - fearless or not. “Trillard” was written for another friend and saxophonist, Stacy Dillard. McHenry is inspired by Dillard’s unique capacity for trilling notes, though McHenry only uses a single trill as if saying hello. The performance is richly diverse including an amazing drum solo from Cyrille.

On La Peur du Vide, Bill McHenry presents a new ensemble that should be heralded. Each member has established himself as an important voice on his respective instrument and - together - have the sound of an astounding, well-established group. A perfect representation of what McHenry has been able to achieve during his impressive career.

Bandcamp Daily  your guide to the world of Bandcamp

Featuring Oakland sounds from the Smart Bomb collective and Samplelov.